Top Posts
BiXBiT announced a new Bug-Bounty program as a...
Advantage Of Agen Slot
What are fundamental indicators?
Should You Trade Cryptocurrency?
Are we still able to trade foreign exchange?
How to Get Started With Upcoming Cryptocurrency
Trade Nation Review For Traders To Win Frequently
Five Easy Ways to Secure Your Home
5 Reasons to Convert Your XRP to USDT
How Cryptocurrency work: Trading Bot Overview
Home Coins What Is Ethereum And How Does It Work?
CoinsEthereumNews

What Is Ethereum And How Does It Work? 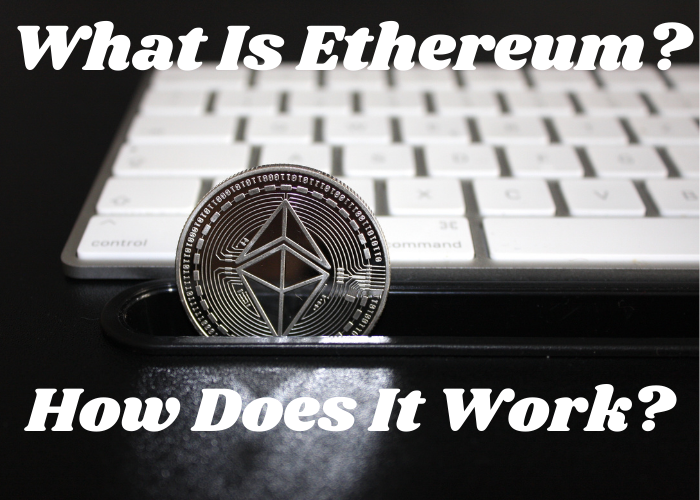 Ethereum is a decentralized platform for applications that run exactly as programmed without any chance of fraud, censorship, or third-party interference. Ethereum is a blockchain-based computing platform that allows for the creation of smart contracts. It is a decentralized platform that runs applications that are programmed without any chance  of fraud, censorship or third-party interference. Ethereum is similar to Bitcoin because it uses a shared general ledger technology called blockchain. However, Ethereum’s blockchain is more advanced than the technology behind Bitcoin because it uses a programming language making it more sophisticated and easier to use.  Ethereum was launched in 2015. Ethereum is a cryptocurrency and is the first Turing complete virtual machine. The Turing complete virtual machine means that an Ethereum program can emulate any other program given enough time and memory. Ethereum was developed by Vitalik Buterin and his team. Ethereum has been a great investment and is today the best performing crypto currency. Ethereum has a market capitalization of more than $ 24 billion compared to Bitcoin’s $ 45 billion. The most important thing about Ethereum is that it is programmable. This means you can create your own Ethereum token or coin, with it’s own values ​​and own rules. This means that the Ethereum platform can be used for creating new currencies, stock exchanges, derivatives, and much more. Ethereum is a decentralized platform which means that no single company, government or person is in charge of it. All decisions are made by the miners and nodes in the Ethereum network. Ethereum has its own cryptocurrency, ether. Ether is used as the fuel of the Ethereum network, which means developers can use ether to pay for transaction fees and services on the Ethereum network. Ether is also used as an incentive for developers to build applications in the Ethereum network.

How Does Ethereum Work?

Ether and Ethereum: What’s the Difference?

Ethereum and Bitcoin are two of the most popular cryptocurrencies in the world. They are both decentralized, meaning no one person controls them, and they both use blockchain technology.
The main difference between the two is that Ethereum has a Turing-complete scripting language, meaning it can be programmed to do anything  . On the other hand, Bitcoin has a much more limited scripting language. Ethereum uses its scripting language to allow users to create “smart contracts” (or “smart transactions”) which are transactions with pre-programmed terms that cannot be changed by anyone other than the parties involved in the transaction. Bitcoin also allows users to create smart contracts using multisigntature wallets, but the scripting language is limited  and not Turing-complete.

The Ethereum blockchain has many benefits, many of which are not yet being utilized.

Ethereum is a digital currency that has a lot of advantages, but it also has some disadvantages.

How to Buy Ethereum

How to Trade Cryptocurrencies

What is Blockchain Wallet and How Does...